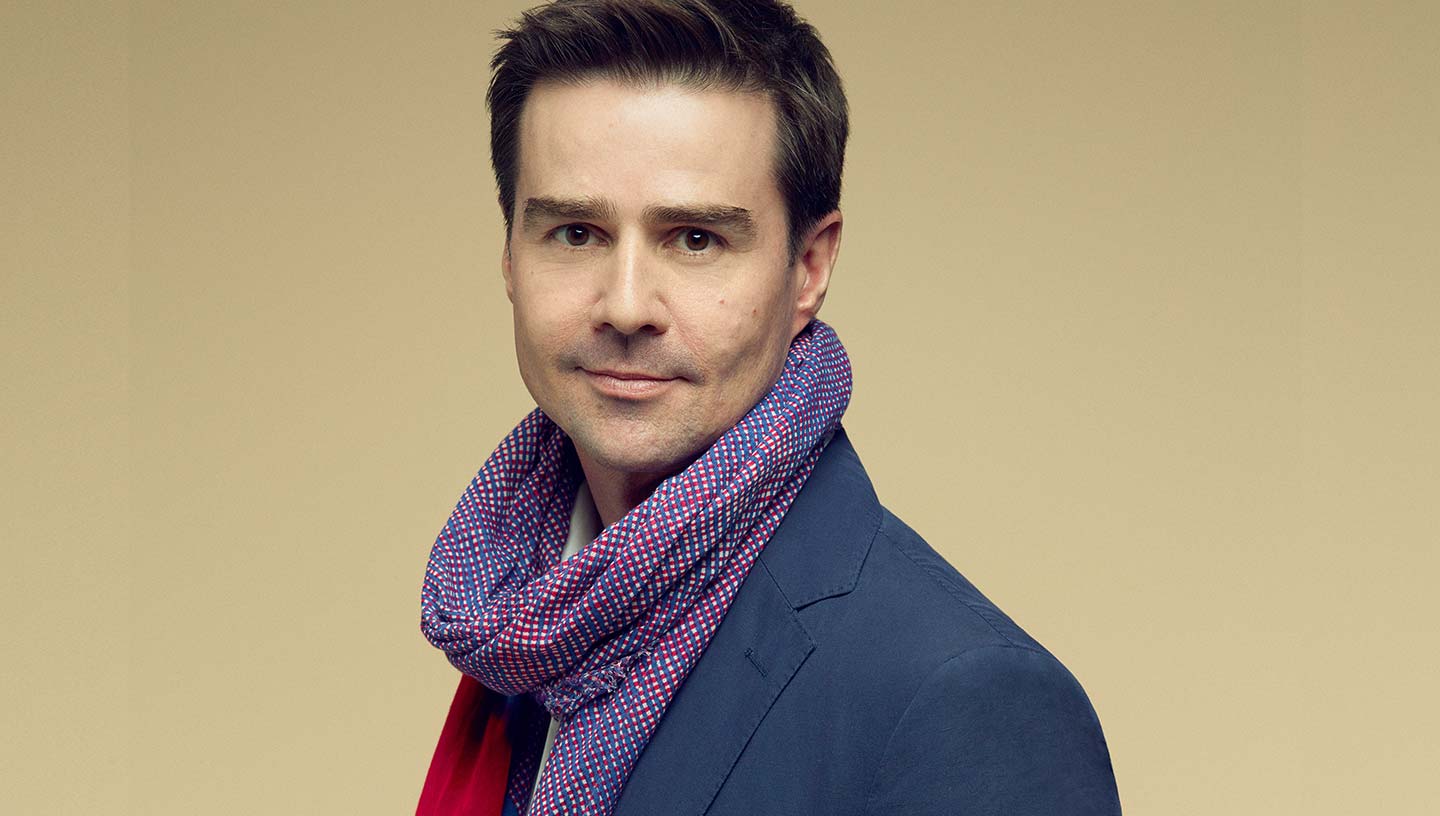 “Creating a perfume is like making a sketch of a scene in real life. First, you capture a particular emotional moment; then you add some colors and flesh out the details.”

Richard Herpin grew up in Cannes, in the south of France near the heart of the perfume industry, surrounded by the beautiful antiques in his father’s shop and in his home. As a child, he remembers being told: “Be careful, Richard! That is an important antique!” In this way, he came to respect and appreciate fine things, developing in him a deep-seated aesthetic sense.

He often finds himself nostalgic for the odors he remembers from his father’s atelier, especially those of the precious woods that were heated, cut, inlaid and varnished. Watching his father sculpt was inspiring; he would begin with a simple piece of wood and would shape it into a true work of art as Richard watched. Sharing in his father’s creativity led Richard to begin his quest to discover his own creative work.

Master Perfumer Pierre Bourdon was part of the family circle. The two men began to share smelling sessions together; soon Richard developed a deep interest in perfumery. Pierre became his mentor – and the person whom he credits with teaching him an important lesson: “Get straight to the essence of a fragrance and leave aside unnecessary details. Creating a perfume is like making a sketch of a scene in real life. First, you capture a particular emotional moment; then you add some colors and flesh out the details. But sometimes your first sketch is more powerful than anything you can add to it.”

Richard loves the idea that a perfume is never the same on any two people and that it is constantly evolving in wear. “When working on a fragrance, I love when there is an immediate emotional response – it is my own act of improvisation. Some fragrances are like jazz; some are like classical music; some are harmonious; some are contemporary and edgy. But all are about the emotion of the moment.”

After coming to live and work in New York, Richard soon discovered that he had found here “the best of two worlds”: He could still draw on his European roots while enjoying the hopeful and positive spirit of America. He says, “This is a place where a person can truly achieve something – each and every day.” Richard is also an amateur photographer and musician; one of his greatest joys is sharing music with his young son -- who beams when he hears his father play, and who is starting to want to play himself!

Richard describes himself as a spiritual man who understands himself and his art as a process in constant evolution: “I seek a sense of wholeness, integrity and authenticity. When I translate emotions into fragrances, it must be spontaneous, sincere, and go straight to the heart. As a perfumer, I want to feel free, like a child. It is very important to me to keep this sense of wonderment, and to be totally open to all the possibilities.”